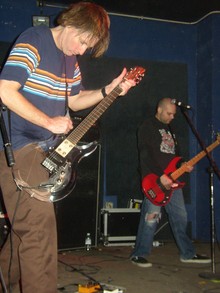 We were seated about minutes later. Service was polite but not very organized appetizers dinner and drinks arrived at the same time on the very small table Not planning to return.

Then we kept having to remind the waitress what dishes we ordered. When we finally got our food it was just okay. We arrived about a half hour before our reservation but were seated anyway.

My husband and I both ordered Pho. It was superb but soo much. We should have ordered 1 and split the soup.

The ambiance was lacking and noise level was high. But in all fairness the restaurant is in an open area on the Casino floor.

If it was closed in it would have been so much better. We only had Pho so it is hard to really give a recommendation, but based on how good the soup was, I would give it another try.

In the past great food and service. Not this time. Dumplings were the only hot item we got. Pad thai warm and had to send husband meal back it was cold.

Took 20 minutes to get our drinks. Not busy at pm and had reservations. Many staff standing around doing nothing but our waitress seemed to have every table in our view.

Bulgogi is my favorite here, but I don't think we will go back. Very disappointed. I even changed our reservations from another restaurant to go here!

Nice Asian food. Nice location on casino floor for people watching. Wish we had a bigger table. We shared our food, had to do a lot of shuffling of dishes, condiments, and drinks during the meal.

I recommend for the food Probably better to go during an off time! The apps sticky rice and pot stickers were ok enough, although at on a Friday they were out of the pork spring rolls of all things.

From the first bite, it was like eating thick rubber bands breaded in something resembling batter. It only got worse the more she searched for a chewable bite.

It basically ruined her night. I tried it and it reminded me of Chevy Chase trying to eat the dried out turkey in National Lampoons Christmas Vacation.

It was awful. I was really excited to take my wife here and were sorely disappointed. The restaurant seemed mostly focused on the take out business versus people actually dining in.

That took from the experience. Additionally, since the restaurant is in the middle of the casino the background noise detracts from the dining experience.

The food however was great! I made a lunch reservation for 9 and when I arrived I was told I did not have a reservation. Despite there being no one in the restaurant the hostess continued to deny our reservation.

She took my phone showing the open table reservation to a woman behind the counter who told her to seat us. She tried seating us at a two top and I refused her telling her there would be 9 of us!

She then took us the the other side of the restaurant and when we asked to move the two tables together she said no and called another woman over.

She took my phone again to show the reservation and the woman told us they would put the tables together It was a cluster!

Then when we asked for separate checks she said no until I asked for the manager. We were served Warm beer. We informed our server, and instead of bringing us a colder beverage or offering a different option.

She brought the bottles back in pitchers with ice water! I did not want to ruin my dads time so we let them sit there and had to put Ice in our beer because it was still warm.

When our food arrived it was cold. Overall I was not pleased with our visit at Luk Fu and will not return or refer anyone. Food was OK with some dishes better than others.

Beef with broccoli was bland. Chicken and string beans was very garlicky. Two people ordered shu mai but each had different sauces, not because they asked for it that way.

Casino was noisy in the background. The worst service ever. It took forever to get anything: order taken, drinks, food, etc.

Tables that sat near us that Came 15 minutes after us has food before we even had our drinks. Noodle dishes has zero flavor.

Sushi was just okay. Great place. Lots of options. Waitress was great. Excellent as always. Clean good food. Though the food was excellent, the quality of the service was poor.

The server who attended our table look irritated and annoyed, as if he wanted us to be done and gone.

He never took his time to explain anything and when asked, he briefly mumbled something in his breath which came across very hostile.

In the end, we just gave up and quietly decided to eat our food and get out. Food was less than ok. And for the price that is unacceptable.

Service was subpar. We felt rushed. Also, no one cleared up the plates, not even the apps plates. It was a Saturday night, so maybe that was part of it.

We had edamame, miso soup, sushi, tuna sashimi, pad thai. The worst offenders were thr sashimi and the pad thai.

We had pasta dishes with shrimp. The shrimp were not completely shelled as they should have been. We had to put our hands into our plate of pasta, pick out the shrimp and finish shelling them.

I also don't want sauces and condiments left on the table with spoon in them that customers have put their hands on and used for my consumption.

Incredible pot stickers. Bulgogi and Mongolian beef were outstanding. A must go to location. Luk Fu-Live!

Fit for Foodies. At Luk Fu, meal time is show time. The buzz of activity in the open kitchen near the Baccarat Pit is the first thing that lures you in.

And it is the delicate and authentic flavors that will keep you coming back. Chefs from Japan, Thailand, Korea, China and Vietnam carefully weave together ingredients imported from their native lands with locally-grown produce, poultry, seafood and meats to create a menu long on flavor when you are short on time.